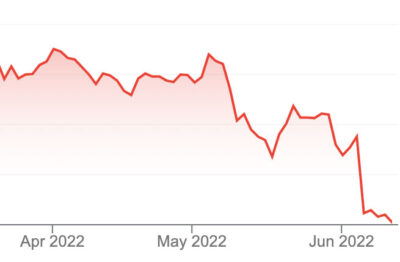 The market is not being kind to digital media companies.

The nearly 40% drop in BuzzFeed’s stock price on Monday and the decline of its valuation from $1.5 billion when it went public in December to roughly $300 million now is no doubt causing other digital-native publishers to rethink their IPO plans.

But any doom and gloom about the long-term viability of digital publishers in public markets is likely overblown. The relative health of BuzzFeed’s ad business suggests the publisher is being undervalued by investors. And as the first digital media company to IPO during an uncertain time for digital advertising, it’s bearing the brunt of investor nervousness.

But BuzzFeed went public late last year. Why is the stock dropping so precipitously now?

The decline, according to analysts, is tied to lockup agreements that barred inside investors from selling BuzzFeed stock. These agreements expired in early June.

A large percentage of shares concentrated among a small number of inside shareholders, including NBC and Comcast, were bound by these lockup agreements. When the agreements no longer applied, insiders were free to sell their BuzzFeed stock, but because there was a large amount of supply relative to demand, these shares traded at a very low value.

But BuzzFeed’s stock price is also being affected by macroeconomic factors outside of the publisher’s control, said Ana Milicevic, principal and co-founder of Sparrow Advisers.

“Markets in general aren’t doing great, but the technology, media and entertainment sector has been hit pretty extensively,” Milicevic said. “And there’s a general lack of certitude on what happens in a post-cookie world with a lot of publishers, even publishers as well-known and global as BuzzFeed.”

BuzzFeed’s revenue model relies heavily on digital advertising and sponsored content, as well as ecommerce, which is adjacent to advertising but more related to retail.

In May, during its Q1 2022 earnings call, BuzzFeed reported a 27% year-over-year decrease in ecommerce revenue, although its revenue from advertising and content grew 26% and 65% YoY, respectively.

Lighthouse is a top priority for BuzzFeed as it adapts to the shifting privacy landscape and the coming deprecation of third-party cookies, a company spokesperson told AdExchanger.

BuzzFeed believes that it is being undervalued, and that the stock will recover once the publisher has time to prove its value to investors over the course of future earnings releases, the spokesperson added.

But even though BuzzFeed is building products with an eye on futureproofing its business, many investors are only focused on the uncertainty facing digital-native publishers in the here and now, said audience and monetization consultant Alessandro De Zanche.

“The digital advertising industry is going through so many major changes, like the shift toward first-party assets,” De Zanche said. “This is a time for reassessing and rebuilding your foundation for the long term, which is not what investors reward.”

Beyond its stock decline, BuzzFeed’s entrance onto the public market last year wasn’t the most auspicious.

BuzzFeed’s IPO vehicle of choice, the SPAC (special purpose acquisition company) merger, has fallen out of favor over the past year. Forbes recently scrapped its plan to go public through a SPAC, as did Vice last summer, and speculation that publishers like Vox Media are planning do the go-public-via-SPAC thing has cooled down significantly.

Although SPAC mergers were an attractive option during the pandemic when it was harder to do the typical face-to-face investor pitches of a traditional IPO, Milicevic said, now that normality is returning, publishers that are still interested in pursuing an IPO are more likely to revert to the traditional method.

But maybe going public isn’t the best idea for publishers right now, considering the unsettled state of digital advertising. Publishers would be better served building their first-party data infrastructure and other solutions for dealing with signal loss, De Zanche said, rather than trying to impress investors.

So don’t be surprised if publishers put their IPO plans on hold until after the dust has settled on third-party cookies and device ID deprecation and more mature privacy-focused solutions are available to deal with signal loss.

Back to school in 2022: Target top audiences

What Technology Do Search Engines Use To Crawl Websites?

What Technology Do Search Engines Use To Crawl Websites?

Pickdigit is a digital marketing newspaper covering the most impactful news, insights, trends and updates across the marketing industry.

Pickdigit © 2022 All copywrites reserved for the writers & authors at the original source link.